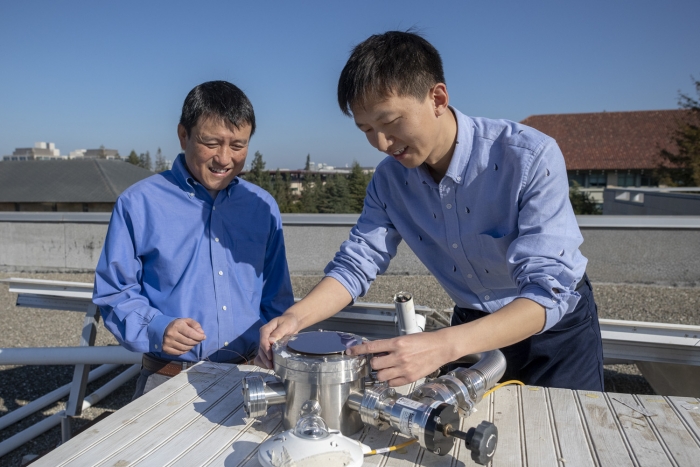 A new rooftop device under development will be able to produce electricity from sunlight while also beaming heat directly into space to cool buildings.

Stanford electrical engineer Shanhui Fan wants to revolutionize energy-producing rooftop arrays. Today, such arrays do one thing – they turn sunlight into electricity. But Fan’s lab has built a device that could have a dual purpose – generating electricity and cooling buildings. The sun-facing layer of the device is nothing new. It’s made of the same semiconductor materials that have long adorned rooftops to convert visible light into electricity. The novelty lies in the device’s bottom layer, which is based on materials that can beam heat away from the roof and into space through a process known as radiative cooling.

“We’ve built the first device that one day could make energy and save energy, in the same place and at the same time, by controlling two very different properties of light,” said Fan.